Venezuela is the UK’s fifth largest trade partner in Latin America and the Caribbean, and has the world’s largest proven oil reserves. Commerce is experiencing a period of sustained expansion in which the UK wants to participate.

The UK government is working to identify opportunities for trade and investment, green growth and energy security through commercial and economic diplomacy by championing the UK’s expertise, especially in science, technology, innovation and education: 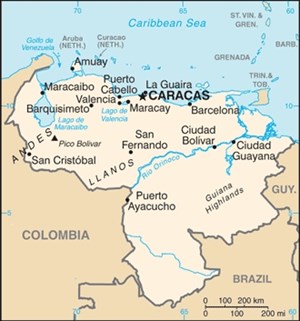 Venezuela is located in the northern part of South America. To the north it borders the Caribbean Sea, to the south Brazil, to the east the Atlantic Ocean and Guyana, and to the west Colombia. The total area of the country is 916,445 square km (353,841 square miles), and has an estimated population of over 29 million. The capital city is Caracas, which is located in the north-central part of the country. Caracas has a population of approximately five million. Other major cities in Venezuela are Maracaibo, Valencia, Maracay, Barquisimeto, Puerto La Cruz, Maturin and Puerto Ordaz.

Since Venezuela is close to the equator, there are no seasons; rather there are diverse climates in different regions of the country ranging from tropical to temperate. Venezuela is in the -4.5 Time Zone (GMT). The average temperature in the country is warm all year round. Caracas is around 82ºF (28ºC).

Strengths of the market

Venezuela has the largest reserves of oil in the world and is the world’s thirteenth largest producer and eighth largest exporter of crude oil. It is a founder member of the Organisation of Petroleum Exporting Countries (OPEC). Apart from oil, Venezuela exports comparative little and imports much of what it needs. As a consequence, it has a long history of trading with the outside world. Venezuela’s geographical location also gives it access to Colombia, Trinidad & Tobago and other markets in the region.

Other promising sectors for UK companies include, power generation, infrastructure, telecommunications, education and training, healthcare, pharmaceuticals, consumer goods & logistics and security & defence. However, in the current fast-moving political and business environment in Venezuela, British companies need the services of the British Embassy more than ever, to navigate this sometimes challenging market.

Trade between UK and Venezuela

The main exports from the UK to Venezuela include beverages, medical and pharmaceutical products, dairy products, power generating machinery, chemicals, general industrial machinery and professional, scientific and control appliances. Exports from Venezuela to the UK are mostly oil and petroleum-based products.

Venezuela's natural resources make it a country of vast economic potential. The petroleum sector dominates the economy, accounting for around 50% of central government revenue and over 95% of export earnings. In 2011, OPEC announced Venezuela has the largest certified oil reserves in the world (297.6 billion barrels of crude oil). It also has one of the largest natural gas reserves in the Americas.

The economy experienced twenty-two consecutive quarters of sustained high growth up until March 2009, fuelled by high oil prices and historically low interest rates. Sustained growth came to an end during the second quarter of 2009, when the economy contracted by 2.4%. Growth returned in 2011 with an increase of 4.2 % GDP. GDP stagnated 0% in the third quarter of 2013 over the previous quarter.

Venezuela's current account was in surplus by US$ 31.5 billion in 2012 and international reserves at the Central Bank totalled approximately US$ 27.6 billion in December 2011. Debt is at 49% of GDP. Price controls are in place for many key items. The number of regulated goods was increased following the introduction of the 2011 Fair Costs and Price Law.

President Hugo Chávez's pre-election campaign in 1998 promised radical political reform. His first 18 months in power brought the new 'Bolivarian' Constitution and new unicameral National Assembly. The Constitution strengthened the executive in a number of ways, introducing a six-year Presidential term with the possibility of re-election and an executive Vice President to reduce the administrative burden on the President. In September 2000, President Chávez announced a programme of social-welfare schemes aimed at 'creating equality, solidarity and justice' in Venezuela. Investment in these 'Misiones Sociales' increased substantially in the years to follow.

Opposition parties acting under the Democratic Unity Platform (MUD) held primary elections in February 2012 and chose Henrique Capriles Radonski as its presidential candidate. Presidential elections took place on 7 October 2012 and Hugo Chavez was re-elected for a third term as president. However, he died shortly afterwards on 5 March 2013 after a nearly-two-year fight with cancer.

The presidential election that took place on 14 April 2013 elected Nicolás Maduro as the new president of Venezuela, with 50.61% of the votes against the opposition's Henrique Capriles Radonski who had 49.12% of the votes. The Democratic Unity Platform  (MUD) contested the validity of the election. However, the Supreme Court of Venezuela (TSJ) ruled that under Venezuela's Constitution, Nicolás Maduro is the President of the Bolivarian Republic of Venezuela, and he was invested as such by the Venezuelan National Assembly.

The Venezuelan Constitution of 1999 provides a comprehensive framework for guaranteeing human rights, incorporating many international best practices. Venezuela is a signatory party to the main UN human rights conventions, and a party member of several other human rights treaties

The Government of Venezuela has sought to place particular emphasis on the promotion of social and economic rights, and in developing universal welfare programmes, increasing access to health and education and reducing poverty rates. During the UN Universal Periodic Review in October 2011, concerns were raised about high crime rates, the effectiveness of the criminal justice system, the independence of the judiciary, as well as certain political rights, including freedom of expression.

In September 2012 Venezuela announced its withdrawal from the Inter-American Court of Human Rights, based in Costa Rica, a decision which took effect in September 2013.  In January 2013, Venezuela won a seat on the UN Human Rights Council for a period of three years. 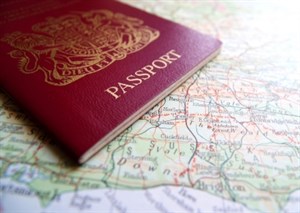 Getting to Venezuela and advice about your stay

There are no direct flights from the UK to Venezuela. There are various options via the U.S., Frankfurt, Paris, Madrid and Lisbon. Please read the FCO travel advice on Venezuela so that you are properly briefed about the security situation. Try to arrange a pick-up from the airport before you travel. Do not accept an offer of a lift into Caracas from anyone in the arrivals hall. If you have no alternative use only an airport authority-approved taxi service.

It can be difficult to exchange hard currency in Venezuela after you’ve arrived. For advice on current procedures for changing foreign currency into Bolivars, you should contact your Venezuelan business contacts or sponsors or alternatively the British Embassy commercial team.